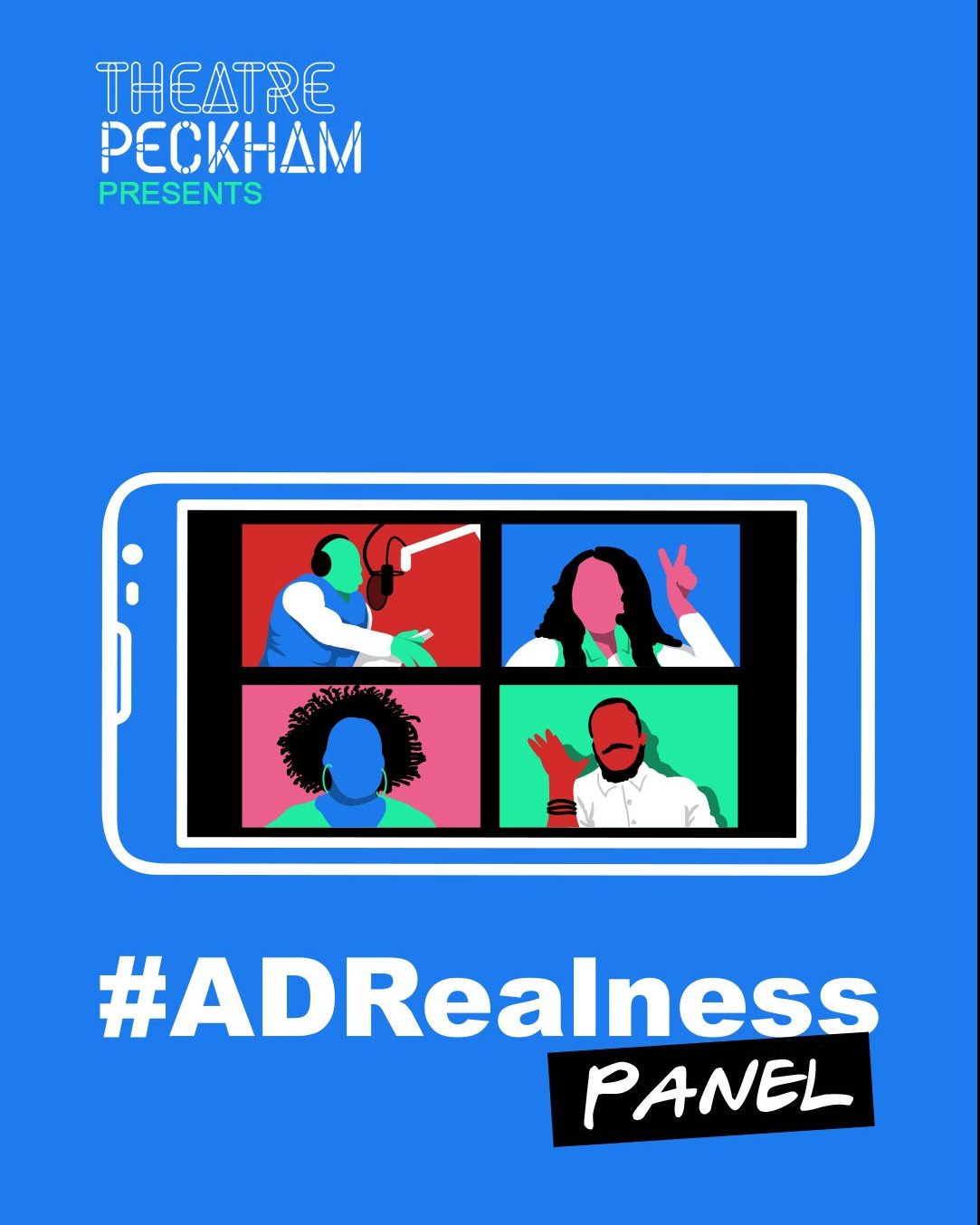 Join us at 4pm Friday 29th May for #ADRealness Panel eventand find out what Artistic Directors get up to. We will be joined by Yamin Choudury from Hackney Empire, Indhu Rubasingham from The Kiln Theatre, Gbolahan Obiesesan from the Brixton House and our very own Artistic Director, Suzann McLean. The event will take place on zoom where the Artistic Directors will be questioned by two of our TP Young Creatives. Meet the creatives who’ll be hosting the event by clicking → here

In the build up to the event Suzann will be put on the spot by going live on Instagram with no idea what the young people will ask her. Join us at 4pm, Tuesday 26th May on IG Live for a taster of what’s more to come.

Joining Suzann McLean our Panellists are

Indhu Rubasingham MBE is the Artistic Director of Kiln Theatre. She started in 2012 and oversaw a major renovation of the building which reopened in 2018. Indhu is on the judging panel for the Channel 4 Playwrighting Award, the Phil Fox Award for Playwrighting and The George Devine Award. Prior to leading Kiln, Indhu worked internationally as a freelance theatre director. She has held Associate Director positions at the Gate Theatre, Birmingham Rep and Young Vic.

Yamin Choudury is the Joint CEO and Artistic Director at Hackney Empire, with a particular focus on creating platforms for emerging talent and those that may be otherwise unheard. With a background in Inclusive Theatre, Yamin’s work is primarily based around the concept that everyone has something to share, but not all have the ability to share it. Having led initiatives across the performing arts and commercial music industries, he now works to create pathways and access to diverse, representative and contemporary ideas and people. He is an award-winning arts practitioner and director and has, for over fifteen years, been supporting the next generation of creative producers and artists to discover and assert their voice.

Gbolahan Obisesan was recently appointed the new Artistic Director of Brixton House, formally Oval House. Genesis Fellow/Associate Director of the Young Vic Theatre in 2015-2017. Gbolahan’s recent directing credits include 2019 Premier stage production of The Last King of Scotland (Sheffield Crucible), 2017 Olivier Nominated Cuttin it (Young Vic, Birmingham Rep, Sheffield Cruicible, Royal Court, Yard Theatre). In 2018, Gbolahan’s adaptation of The Fishermen premiered for New Perspective at HOME: Manchester and was a winner of The Stage Edinburgh Fringe Award. Gbolahan is a Fringe First Winner for his play Mad About The Boy (Edinburgh Festival and UK tour). His Jerwood Directors Award of Barrie Keefe’s SUS, subsequently received a revival, and ran at The Young Vic and a successful UK tour. Gbolahan has previously been Director in Residence at the National Theatre Studio as the recipient of the Bulldog Princep Director’s Bursary in 2008.