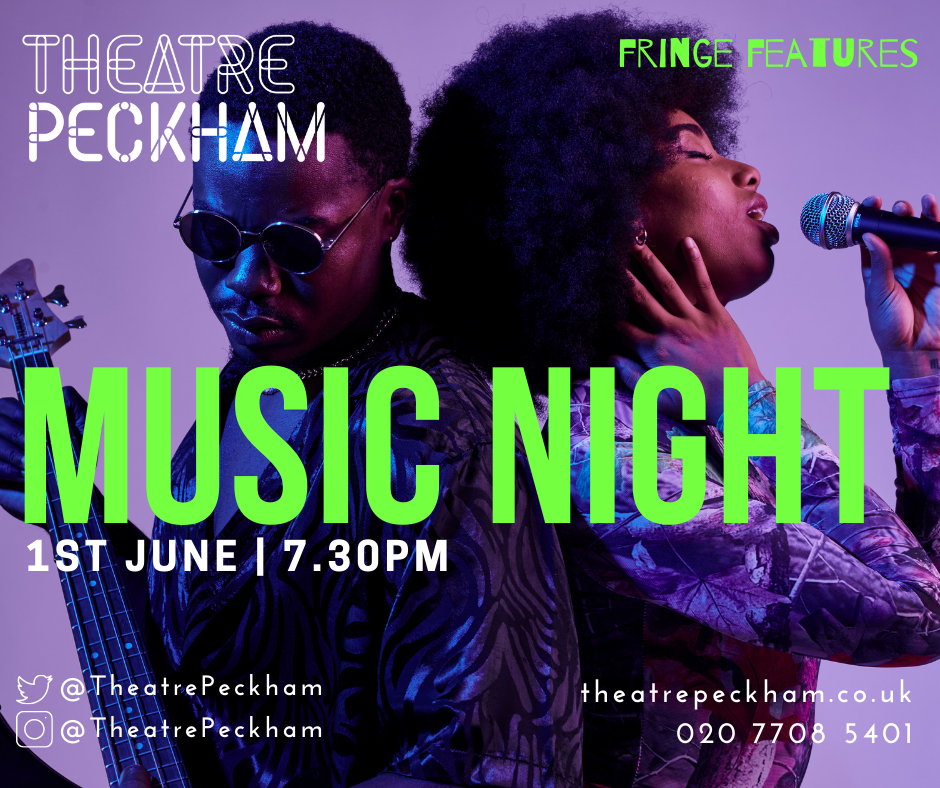 Showcasing the fresh talents of three new up and coming musicians. Join us for an evening of vibrant music like no other.

Hosted by queer rap artist Jak Traded, the Music Night features some of the huge talents from the Theatre Peckham team including Peckham Fringe curator (and Associate Director) Phillippe Cato who will perform his original songs, Company Administrator Marissa McKinnon aka MYANA performing an acoustic set of her songs, and Theatre Peckham’s Young Music Producers performing a selection of work including music and spoken word.

Jak Traded He/Him  Jak Traded is a Wolverhampton raised creative living in London. The name Jak Traded was taken from the saying “Jak of all trades” as this is what he brings to the table. Rapper, dancer, director, editor and event organiser, Jak tends to excel in anything puts his mind to. In everything he does, he hopes to be a positive representation and inspire the queer POC community. He loves to perform and bring music to life and hopes to do that for a long time to come.