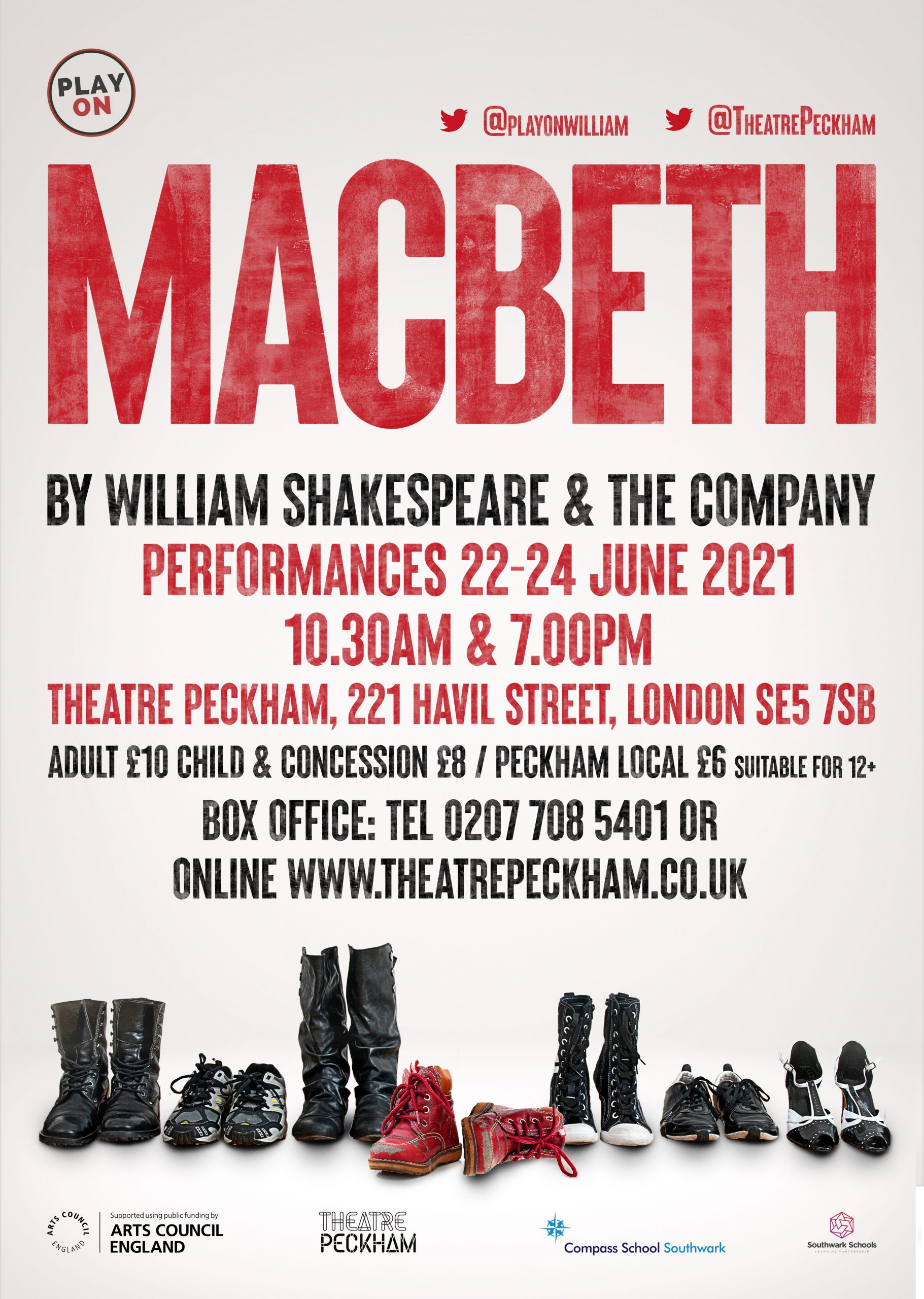 Play On’s Macbeth frames Shakespeare’s classic story of tyranny and corruption through the eyes of a child trying to make sense of their world from the hospital bed they wake up in. A world that has been turned upside down by events beyond their control, mirroring the experiences of our young company members during the pandemic. In response to this, we have devised and created new material alongside Shakespeare’s original text. Two colliding dark worlds that the child seeks to understand, navigate and ultimately triumph over.

Our Company of 12 emerging non-professional actors has been rehearsing online since last November. Initially, it seemed like an insurmountable challenge given that for the majority of the company it was their first encounter with Shakespeare. However, over the long winter months our weekly rehearsals with online physical warm-ups, voice exercises and extensive text work became the ‘new normal’. We stand in awe of our young company’s resilience, commitment, and creativity. Testament to the fact that where there is an opportunity there is a way. An opportunity that has been made possible by Theatre Peckham’s unstinting support throughout.

In these dark times, we have adapted, improvised and overcome to bring ‘our’ Macbeth onto the stage at Theatre Peckham.

Play On’s Macbeth will be the first production at Theatre Peckham when it reopens in June 2021.

Additional material – The Company with Sarah May

Want to know more about Play On Shakespeare?

A word from Cheek by Jowl on their facilitating workshops

The Play On Shakespeare company are now in rehearsal at Theatre Peckham for their production of Macbeth, featuring a fantastic cast of 15 young performers and aspiring actors between the ages of 14 and 25.

We’re delighted to be facilitating some of the workshops as a part of this project, an initiative run by Play On Shakespeare in partnership with Theatre Peckham and the Southwark Schools Learning Partnership. The CPDL workshops are set to begin in May with our associate artist Marcus Roche, and the project will culminate in a performance of Macbeth at Theatre Peckham in June.

We can’t wait to see their brilliant work!