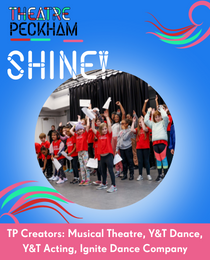 Entertain Me! (Musical Theatre)
The Birthday Princess has decreed that everyone on the school playground must entertain her with fun and games. But Emma is always left out of all the fun, despite her best efforts to make friends. But with some help from a brand new friend and the Avengers, the children learn to accept everyone for their differences and let their freak flags fly high.

Cheerleader (Y&T Dance Teens)
‘Bring it On’ the movie, song “cross the line” – about taking risks not following the crowd and celebrating ourselves and others.

Hairspray (Y&T Dance, Midis)
“You can’t stop the beat” – celebrating our selves and being proud of who we are.

80s (Y&T Dance, Minis)
Song by Elton John “I’m Still Standing” – resilience and being true to who you are.  With a ‘mini Madonna style to it’.

The Friendship Shuffle (Y&T Minis Acting)
Leyla is sad that her best friend has just moved away. When she is asked to make a new person feel at home at school the following day, she starts missing her best friend even more. So much so she doesn’t feel like being welcoming at all

Leopard and the bullies (Y&T Midis Acting)
A group of popular kids in school bully people by comparing their appearance to various animals. The first two victims try to protect themselves by joining the bullies. The last victim takes the intended insult as a compliment and slowly everyone involved concludes that being like an animal can be pretty cool.

Change (Y&T Midis Acting)
Two friends both lose their mother. One mother dies, and the other mother is so upset by this she disappears upon hearing the awful news. The two friends start to resent each other, both feeling their loss is the worst kind. Their other two friends remind them they have more in common then they realise and that they should support each other.

Athena (Y &T, Teens Acting)
Athena, a young person at a strict religious school tells her friend in confidence about being gay. The conversation is overheard by a third friend who starts a gossiping spree. Athena is convinced her friend betrayed her trust and as things come to a head during the afternoon prayer the third gossiping friend is exposed.

Trapped (Y&T, Teens Acting)
An ex-gang-member takes us back to his past life of crime. He shows us the bank robbery gone wrong and the undying loyalty of his friend that were the triggers for his escape from the life that almost cost him his life.

Intro/Outro (Y&T, Teens Acting)
Three goddesses who all claim to be the one and only true goddess of acceptance run into each other and get into an argument over what acceptance really means. They decide to settle their disagreement once and for all by observing how humans experience acceptance.

In the end they come to the conclusion that acceptance can mean different things, but that they are all connected.

Audience filming and photography strictly not allowed as the performers are under 18.

Open to all ages.