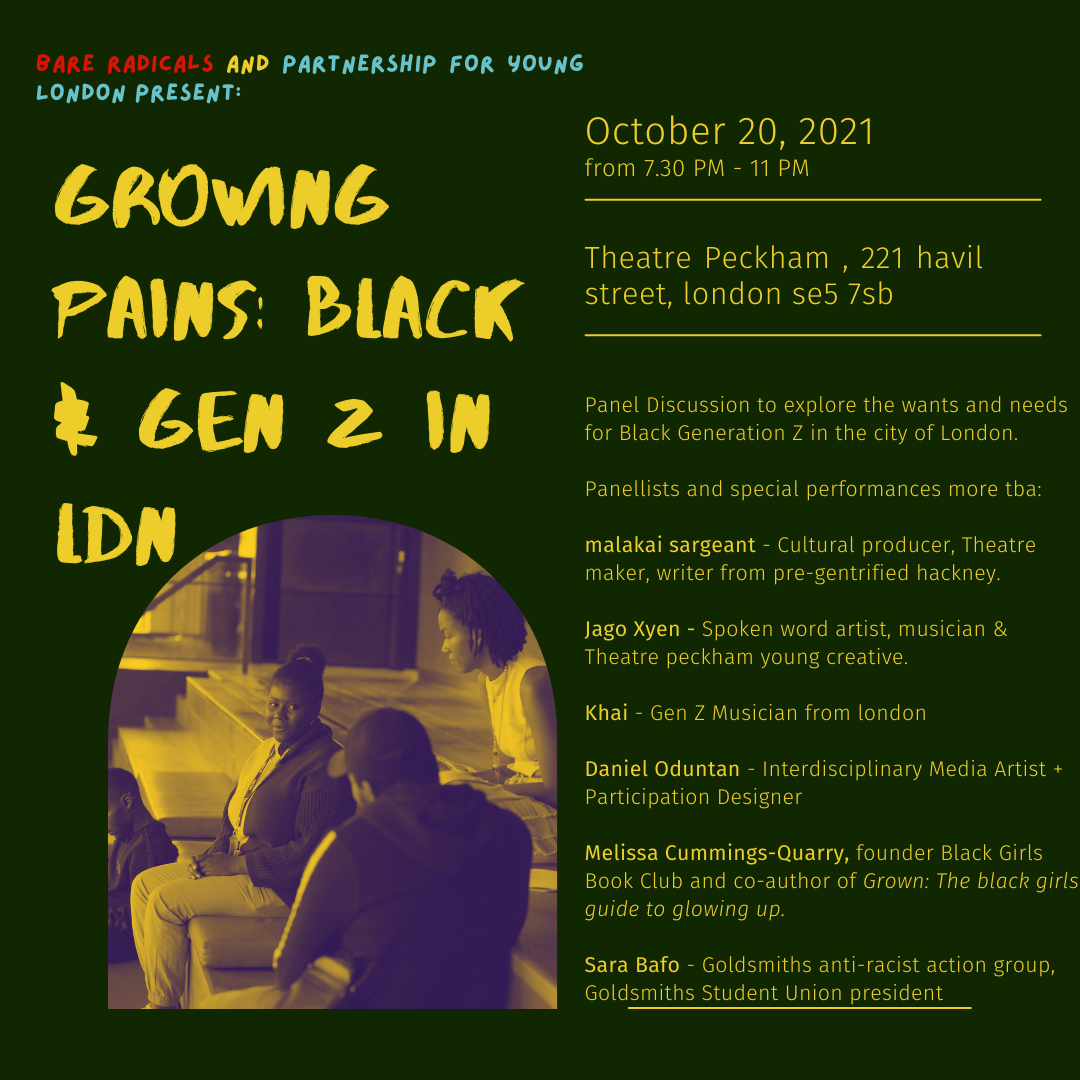 We’ve been knowing Black people are at the forefront of excellence in the City of London. From UK civil rights leaders to being the pioneers of nearly every music genre everyone speaks about in their households. But what does this look like within different generations? Did our elders pave the way for young people to thrive? Or has society decided that generation Z will clean the messes of those who came before us? Both questions might be an over emphasis on Black people having no choice but to do the work.

Black History Month is usually a time where many come together to celebrate the contributions black people make everyday to the world. Join us at Theatre Peckham on the 20th October for an intergenerational panel discussion exploring what it means to be Black and Gen Z in London today.

With special guests and panellists:

Attendees can expect to witness an insightful discussion facilitated by malakaï sargeant . They will leave not only with a goodybag but tools in the form of stats about being Black and Gen Z in London. After that you can mingle and catch a vibe of performances from Khai Ldn and more soon to be announced.

This event is brought to you by Kelsea Delatango for Bare Radicals in partnership with Young London & Fishtank London.